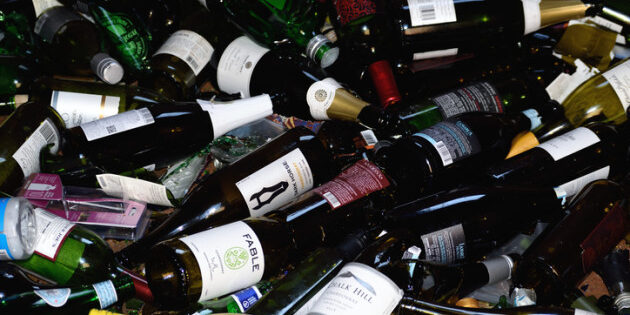 As COP26 begins and concerns over the future of the planet intensify, the national survey of 2,000 people, which took place in September 2021, found that the majority believe that companies need to do more when it comes to tackling emissions to help the UK meet tough, binding environmental targets for 2050.

When asked about specific sectors, 57% of respondents said UK food businesses could or need to be doing more to tackle climate change and cut emissions.

Worryingly, a third (29%) think that UK food and drink businesses are behind other countries in delivering on climate change targets.

According to WRAP the public perception is that there is a gap between the intention of businesses and their actions, whether this is about issues such as plastic, food waste or greenhouse gas emissions.

Two-thirds (66%) of consumers raised concern that businesses should also do more to help their customers reduce their own impact on climate change while 40% highlighted that they should be working closer together to tackle climate change issues within their sector or industry.

Dr David Moon, director of Collaboration & Change at WRAP said that consumers are making it clear that they expect businesses to lead the way on tackling climate change.

“It’s also apparent that there is a willingness and desire for business to collaborate and work together on the best ways of combating climate change and guiding the UK along the path to ‘Net Zero’,” Dr Moon said.

“Bringing down emissions and adapting to the concerns of customers should now be at the forefront of business thinking. Time is running out for companies to act.”

WRAP is calling for more businesses to put plans into place to tackle climate change and reduce emissions by signing up to its Voluntary Agreements, which include the The UK Plastics Pact and Courtauld Commitment 2030.

Last month, Lanchester Wines called on businesses in the wine industry to commit to making changes to minimise the impact on the environment, arguing that being carbon neutral is only the beginning of the journey towards sustainability.

Argentinian organic winery, Domaine Bousquet, also committed to bottling in the UK in a bid to ‘substantially’ reduce its carbon emissions.

10 best malbec wines: Reds that will add flair to any dinner party
November 16, 2021