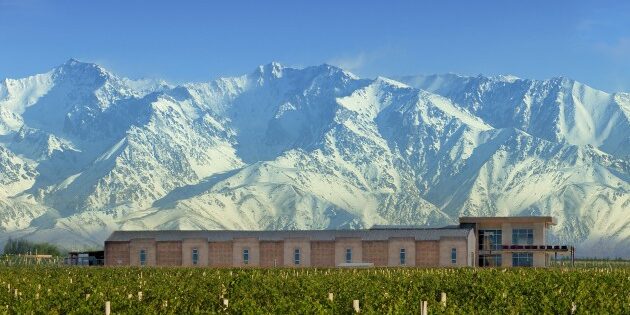 Argentinian organic winery, Domaine Bousquet, has committed to bottling in the UK in a bid to ‘substantially’ reduce its carbon emissions.

Its best-selling wine, Domaine Bousquet Premium Malbec, will be bottled at Greencroft, the contract wine bottler near Durham, from the end of October. The move will see the winery reduce its carbon emissions by 70% on this wine.

Bousquet has been a pioneer of organic viticulture in Argentina taking what it describes as a “360-degree sustainability” approach, of which organic has been one of the pillars.

Domaine Bousquet is a founding member of the Sustainable Wine Roundtable, created to fight climate change, and which launched globally last month.

This group has 49 founding members, including The Co-op, The Wine Society and Waitrose, and will be open to general membership in 2022. The group will work to implement a global standard on sustainability for the wine industry, developing consensus on what it means, how it is measured and implemented.

“Whilst we have always pioneered sustainable initiatives at Domaine Bousquet, we are now escalating these to achieve our ultimate ambition to be a carbon neutral winery by 2025,” said Labid Ameri, co-founder and president.

“Our bottling goals for the wines which don’t require ageing will increase as demand for our wines grows in the UK. We will also be expanding into the burgeoning canned wine and bag-in-box sectors, as a further measure to reduce emissions.”

Domaine Bousquet said it has helped growers in the Tupungato, Mendoza region, where the estate and the majority of its work force is based, to certify more than 1,000 hectares besides its own, with the mission to convert most of the region to organic farming.

Anne Bousquet, the owner of Domaine Bousquet spoke to Harpers earlier this year about all things organic and why Tupungato was the right fit for this style of winemaking.

Earlier this month, Liberty Wines revealed that it had become the only ‘carbon neutral plus’ UK wine supplier – offsetting more emissions than the business generates.

10 best malbec wines: Reds that will add flair to any dinner party
November 16, 2021