10 best malbec wines: Reds that will add flair to any dinner party 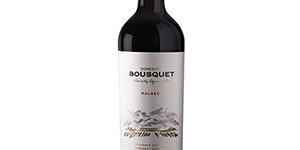 Argentinian malbec is one of the great wine success stories of the past 25 years. The wine is loved by consumers for its juicy, plush, slightly tannic, full-bodied black fruit flavours, as well as for its fresh drinkability and suitability for a wide variety of foods – particularly with steak and other red meats.

It is also generally reliable in quality from year to year and offers good value for money. This was not always the case, though: malbec was once one of the key French grapes, widely grown for use in Bordeaux blends, with cabernet sauvignon, merlot and cabernet franc.

But crops were devastated by frost in 1956 and claret producers never quite fell in love with malbec again, although it continues to be popular elsewhere in southwest France – where it is also known as Cot and can produce quite heavy, tannic wines.

In Argentina, where a slightly different variety of the grape was first introduced by European immigrants in the nineteenth century, malbec was never particularly celebrated until interest suddenly blossomed in the late twentieth entury when it was realised that the grape could make superior wines, particularly when grown at altitude, which gives a distinctive and appealing freshness to the flavours.

Although Argentinian malbec still dominates, great malbecs are now being made in Chile and New Zealand, and rose malbec is becoming increasingly popular.

We tried a range of malbecs from different producers and countries, and tasted them with a variety of food pairings – not only steak but also seasonal casseroles , rich vegetable dishes and cheeses .

We were looking for value for money and a range of distinctive flavours, including: plummy, brambly-with-perhaps-a-hint-of-chocolate, hints of cassis, spice, liquorice and pepper, together with a certain freshness and vibrancy on the palate. And we certainly found it…

A long-established big name in malbec, with estates in the Tupungato area, Domaine Bousquet is organic but has gone one step further by becoming a founding member of the Sustainable Wine Roundtable – recently launched by the wine industry to fight climate change.

As part of that move it is now going to be bottling this wine, their biggest seller here in the UK, from this autumn, which will reduce carbon emissions on the wine by 70 per cent, as part of an aim to be carbon neutral by 2025.

Although that wine will not be available until the new year, this bottle is a great introduction to the excellent range: full of ripe fruit flavours, with notes of cassis and pepper and silkily luscious on the palate.